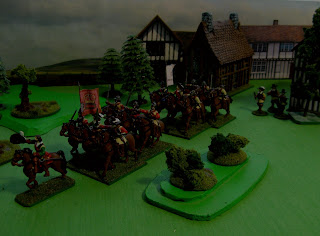 and rode for Marlborough, avoiding detection by the parliamentarian patrols.

Waller tightened his grip on Devizes by posting some horse and companies of foot to the north at Rowde and to the south at Potterne, blocking the roads to the north and south.  The Parliamentarians were not idle and they were seen engaged in activity on Coate hill to the east of Devizes.

Too soon the Royalist found out what they were doing, a battery opened fire on the town.. 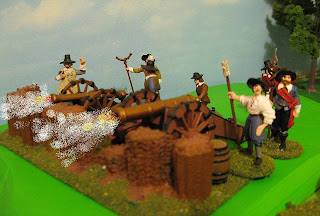 and foot and horse were seen assembling in the distance .....
Posted by tidders2 at 04:44