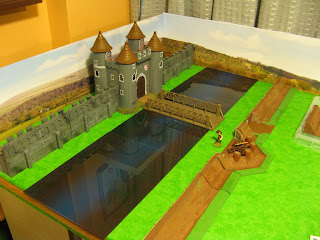 The 'moat' was a bit too wide, so I went with my ordinary river sections with some shelving offcuts covered in green fabric to give some depth. I made a new bridge - see this post on Wittenberg blog, the sections were designed to fit in with the walled town setup.  All in place ..... 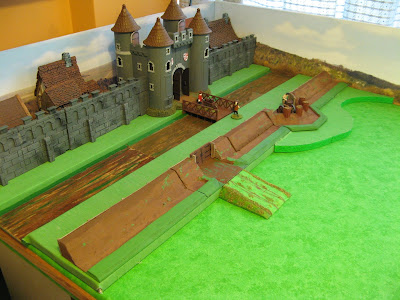 I can vary the town wall sections, so I can have towers and wall only.


continuing from a previous post,  'Working on some scenics - siege lines' 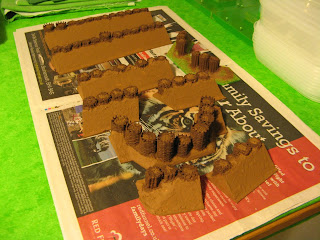 all finished and in position with a camp scene .. 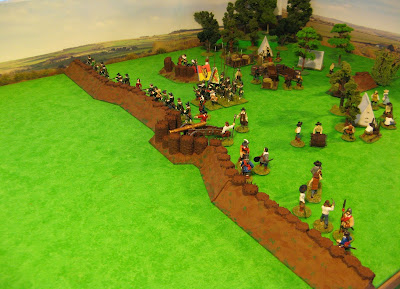 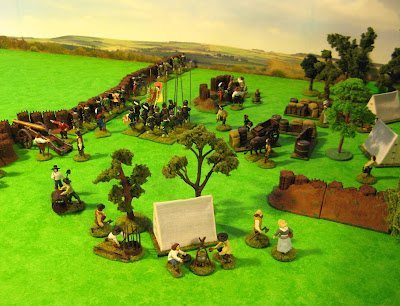 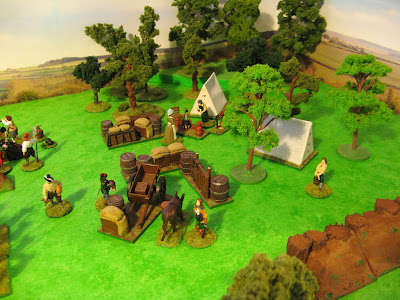 Ready for use in future campaigns - as backdrops to story lines and games....
Posted by tidders at 03:09 1 comment:

Men at rest and at work .... (some conversions) 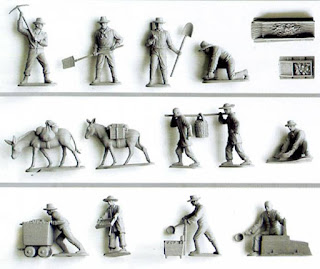 the figures are about 37mm tall, so just usable with 40mm. The poses are very good and I did some conversions to provide some figures for camps and work parties . The standing figures were placed on a some 2mm cardboard to get their height up a bit and then based.

The aim was to use as many figures as possible with minimal change,
- swapped all heads with Sash&Sabre ones
- removed some 'modern' detail
- altered the lower leg and footwear
- a bit of arm re-positioning
- some shirt collars added where needed

The finished conversions - two chaps to sit round a camp fire 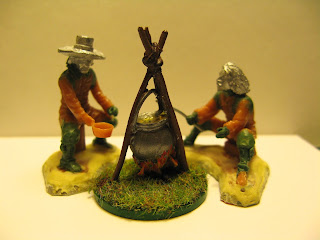 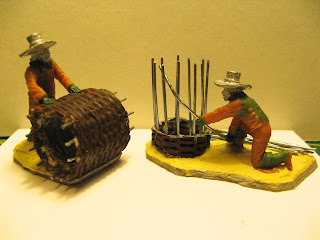 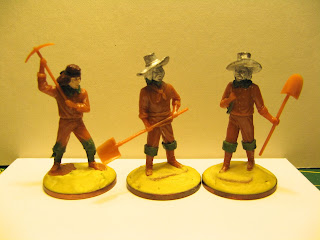 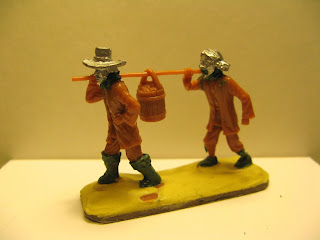 The figures finished off and painted .. 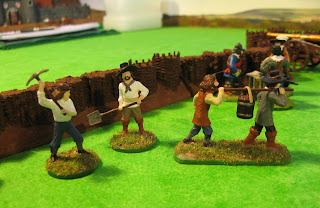 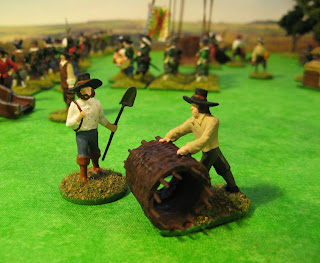 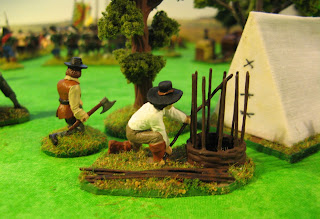 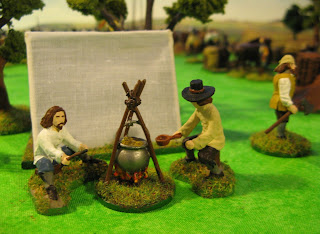 The last two greens are completed... 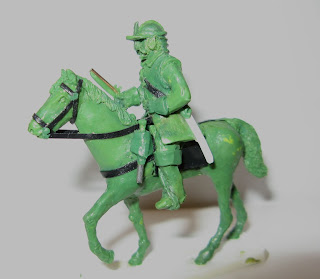 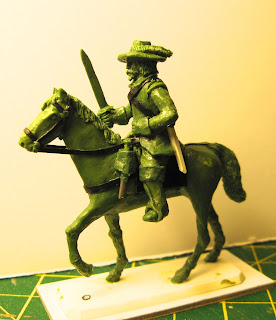 Working on some scenics - siege line

I've been building some siege lines to go across the table.

I made use of some Renedra plastic gabions I had and a load of recently acquired resin ones. These were simply stuck onto sections made using cardboard bases. A trial check for how they looked.... 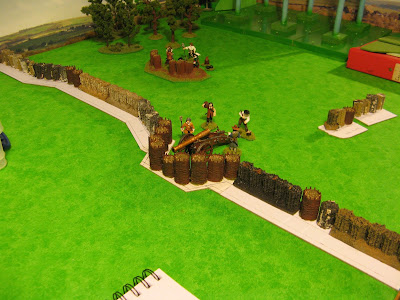 then each of the sections was given a front slope ... 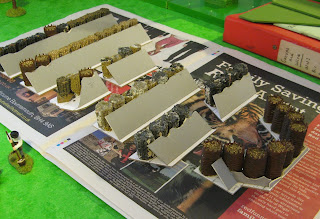 will be filling in the gaps and prepping for painting up next.
Posted by tidders at 04:25 No comments: