The musketeer figures are now finished and based.  They were made using a selction of my castings (foot officer, ensign and man walking), with heads from Sash & Sabre. 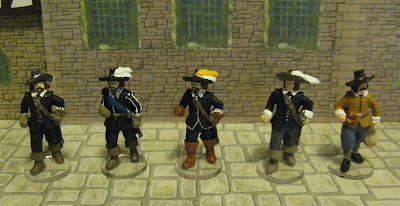 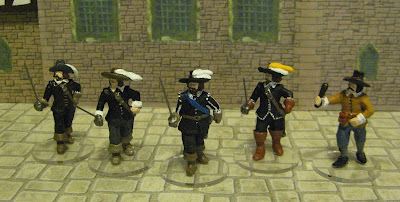 over the last couple of months have been casting, accumulating and painting up suitable figures for musketeers skirmish style games ...

I've used my man in tabard castings to make up the Cardinals' guard, there are four with halberds .... 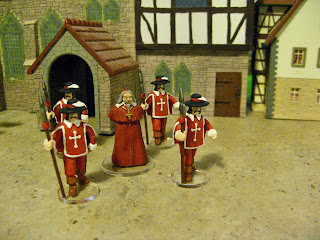 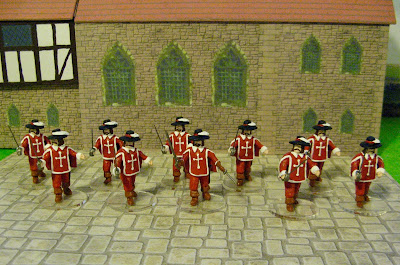 A few sundry figures, these are Redoubt 28mm, they are a 'larger' size 28's and useable - some have had head swaps 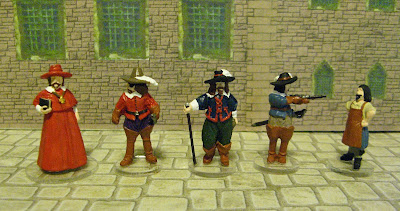 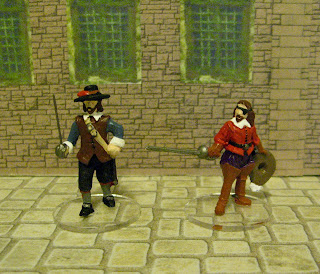 I now have three cardinals,  looks like this monk is in luck - there are no comfy chairs in the immediate vicinity. 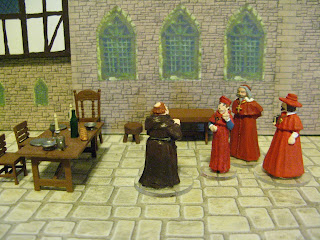 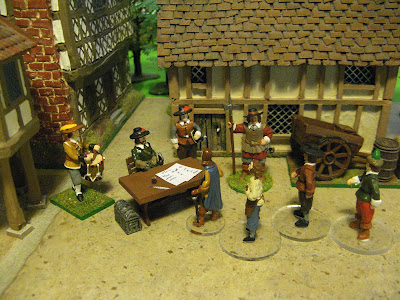 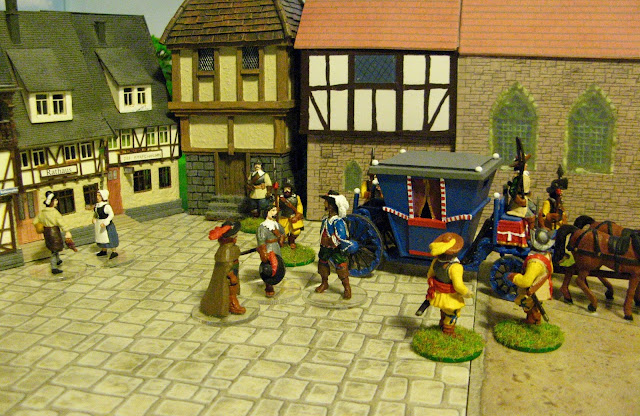