Gent painted and other new additions ...

The figure I finished sculpted in the last post has now been painted - this chap will be one of Wittenberg's nobles - Count Boritzy. 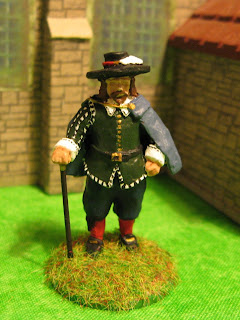 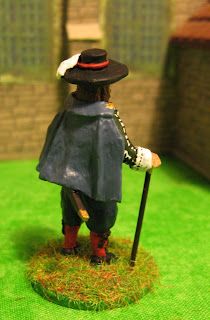 Some other figures painted up recently. A Drabant officer and Irregular Miniatures pirate 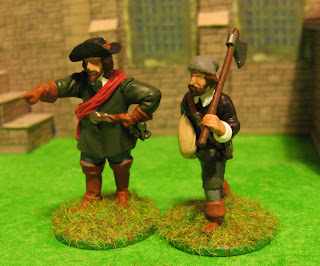 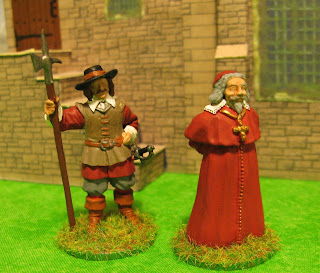 Before getting back to making a new mould  I decided to make something out of one of the castings from the first attempt mould, its good enough to be used as a starter for a special figure... 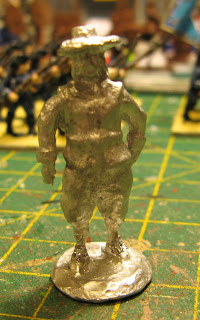 after a few sessions with green stuff the result is this gentleman ... 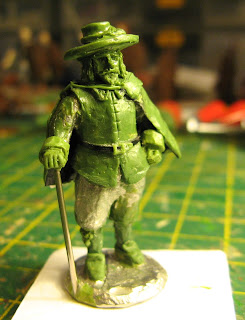 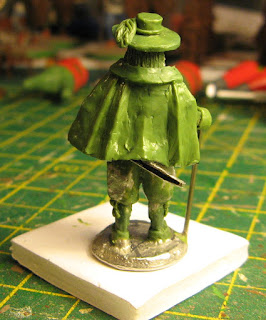 an enjoyable bit of sculpting; will tidy up the figure a bit and then paint him up.
Posted by tidders at 05:27 4 comments:

I added some air vents to the mould,  the next pour yielded much better figures, 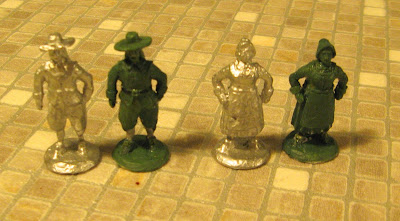 well for my first attempt I've awarded myself 7 out of 10; quite nice to make your own figures; there is much to do to improve the mould making process - problems:

- air bubbles in the silicon after setting, appear on the back of the casting
--> put figures in plasticene base and create first half of mould on top - the bubbles rise up !
- lack of detail in some places on the figures
--> need to improve the edge detail on aspects of the figure masters
--> brush some silicon onto the figures before pouring
- air vents to be added at mould making time if possible
- pouring reservoir shapes to be improved

Made some basic mistakes, but that's part of the learning process.  I have sold some stuff on Ebay recently, so will buy another silicon mould kit; we'll see how things go from there.

hoorah ! a mould with two halve, masters came out easily 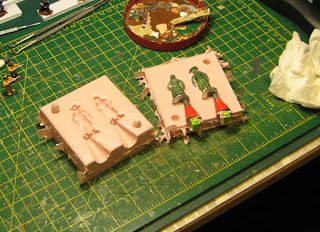 the first pour of metal - arm and leg problems - will add some air vents and see what happens. 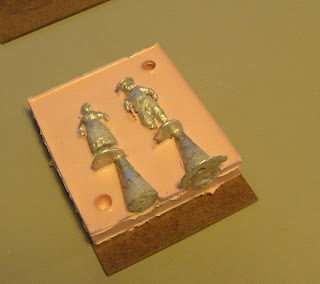