The ECW gaming campaign stalled a bit towards the end of 2012. I've summarised the end part of the '1643' campaign year in the previous post. So 2013 will become the 1644 campaign year. I'm planing to refight Cheriton 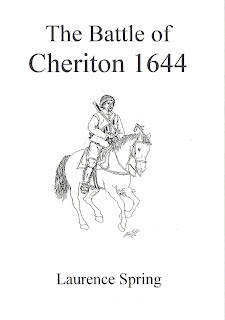 Using the above small pamphlet as a reference. Although not in Wiltshire, it is Hopton and Waller facing off again which will follow up on my Roundway refight. Also will try and widen the campaign outside Wiltshire where appropriate.

Will also have few items and couple of units to add.
Posted by tidders2 at 05:48 2 comments:

With royalists having taken Tilshead after a battle, and Upavon some time back then Amesbury - since then they have been harrying the Parliamentarian outposts around Sarisbury.

Sir Warwick Hunt with insufficient men is unable to defend and hold the city, starting to run short of supplies he reluctantly decides to withdraw south-eastwards to Southampton and join up with Parliamentarian forces there. 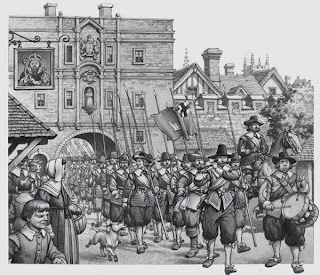 These events meant effectively that most of Wiltshire was in the hands of the royalists - except for Wardour castle in the south.
Posted by tidders2 at 05:39 3 comments: