Out for a bit of exercise this morning at the local 'car boot' sale, first table we came to had a rather nice pottery building for £1, so for that price it was off the table and into my bag. The roof is very well done, the timbering well set out - 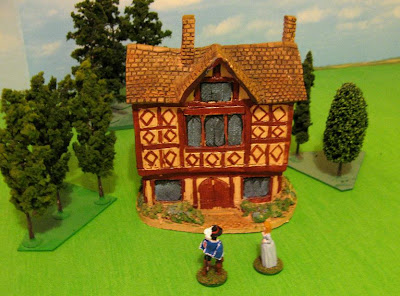 After a little work it will make a nice addition to my wargame buildings stock. I think it would do as a village manor house.
Posted by old-tidders at 04:01 3 comments: 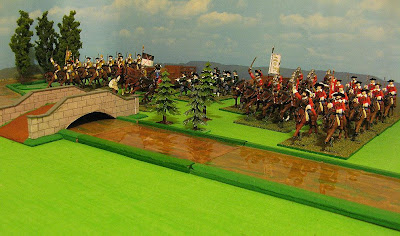 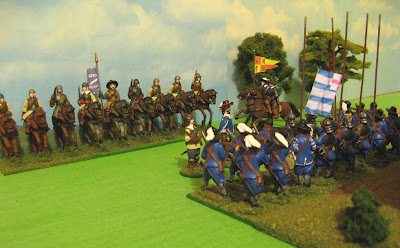 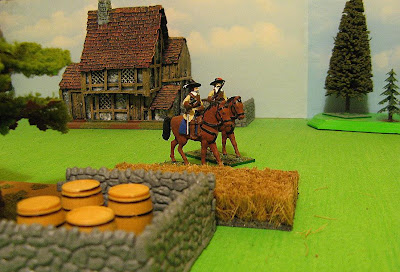 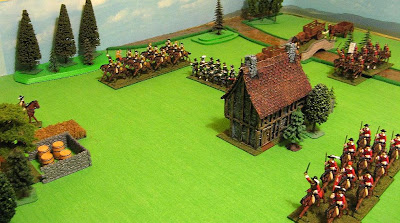 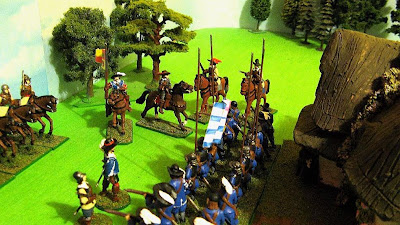 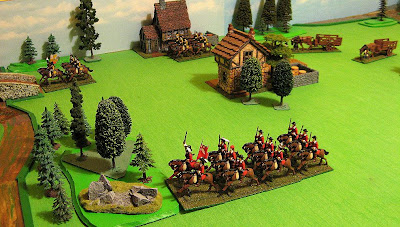 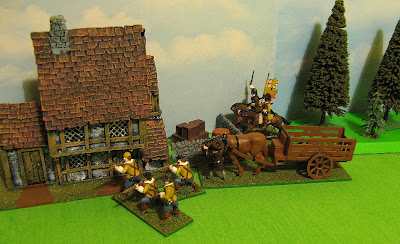 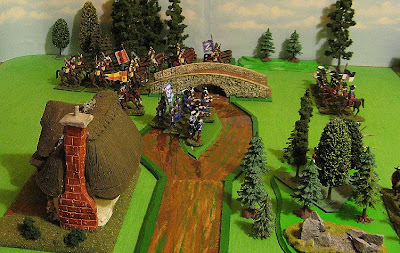 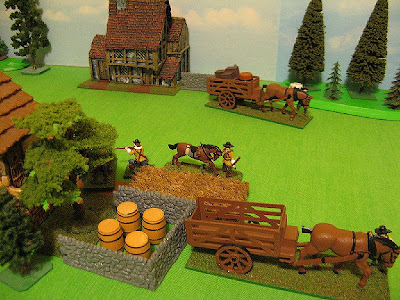 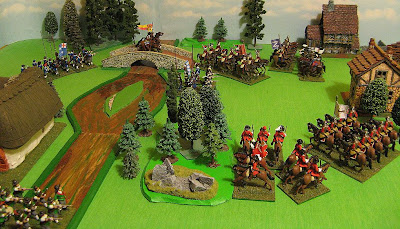 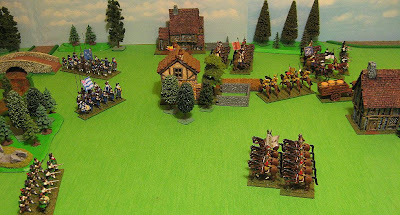 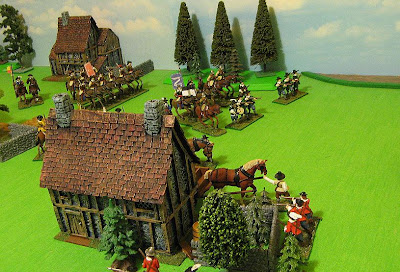 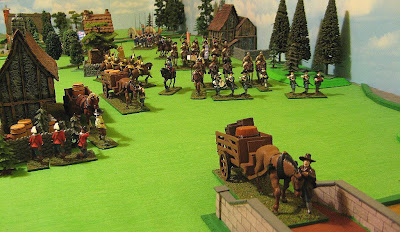 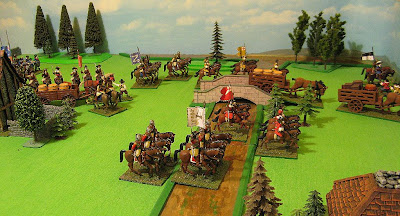 The royalist horse is blown after its pursuit and pulls up to rest; the parliamentarians move back towards Amesbury (and then on to Sarisbury) having captured enough supplies for their purposes.
Posted by old-tidders at 14:13 5 comments:

The dismounted horse figure conversions are coming along rather slowly. I've done gauntlets, and delineated the back&breast. Belts and boots to do.

Have played a raid for supplies scenario, I've got to sort through the photos then I'll do a post, hopefully in a couple of days time.
Posted by old-tidders at 04:53 No comments: