The Royalists of northern Wiltshire commanded by Sir William de Willoughby are on the move west, having mustered at Pewsey they proceeded to Burbage and then onwards; their aim to reach Whitchurch and take the nearby Hurstbourne manor. From Whitchurch they hope to open up some form of supply system to Basing house some 10-15miles further west.

Holding Whitchurch would also allow the Royalists counter any move form the south-west by the Parliamentarians based in Sarisbury, commanded by Sir Warwick Hunt.

An officer heads to the corner of the market square at Whitchurch, before a brisk walk to Hurstbourne manor. 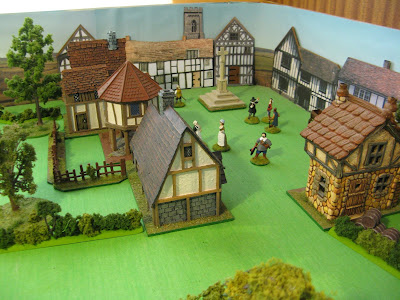 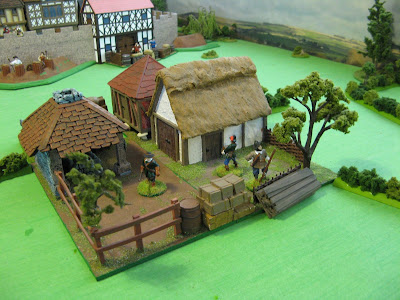 then onto the manor house with its improvised defences 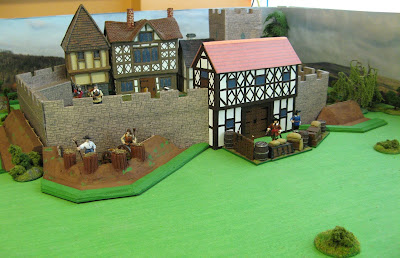