Both sides are gathering their forces to gain control of Wiltshire.  Sir Warwick Hunt for Parliament in Sarisbury in the south and Sir William de Willoughby in Wallingborough in the north.

Sir William has re-formed his dragoons and they are now out on patrol ..... 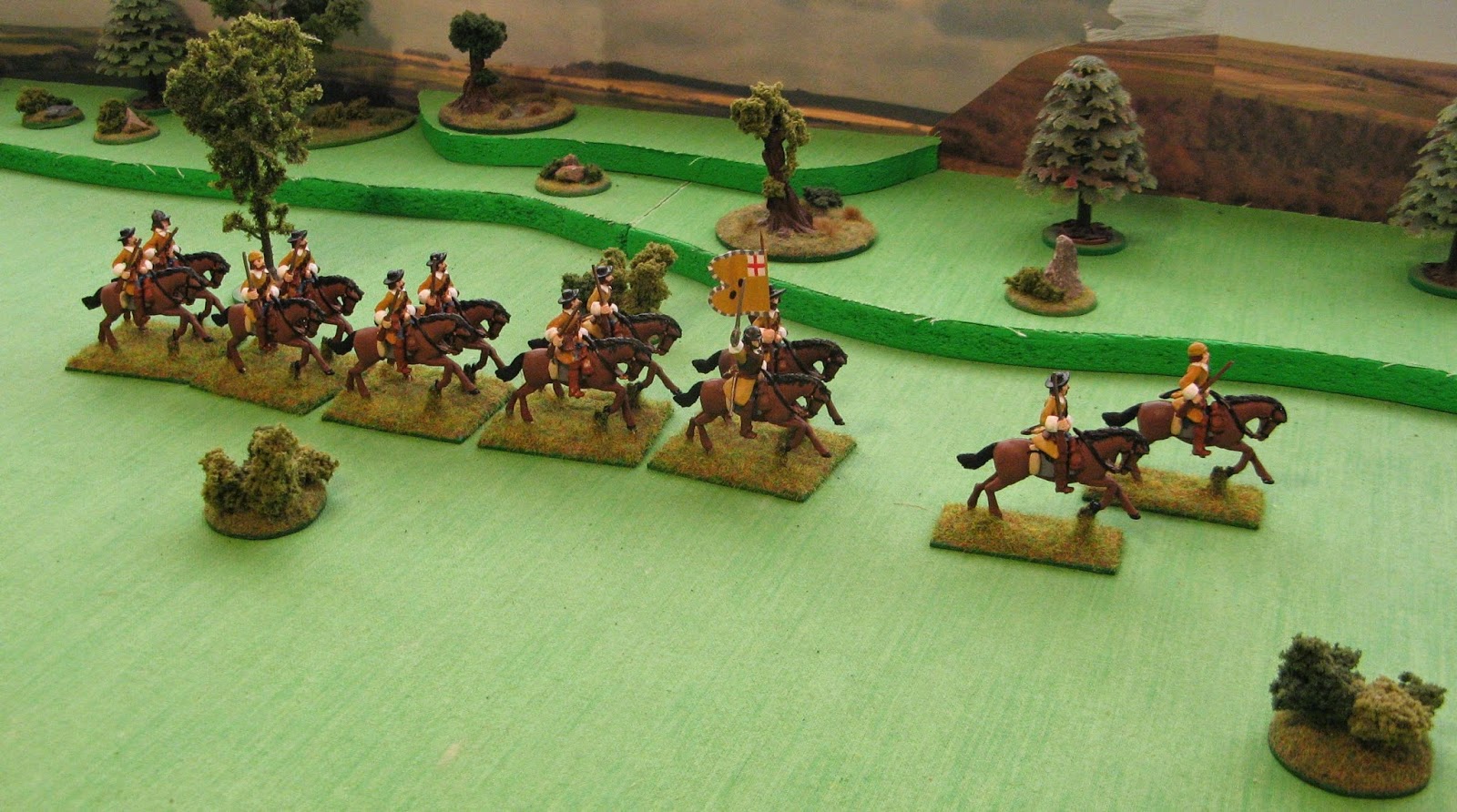 One problem I have is the basing scheme I used; the scatter material has lost its colour - and is rather dull; so as part of the rework is static grass for all bases - the first done is the dragoons and they look much better.