Sir William de Willoughby had reached safety at Wallingford, once he had ensured the local area was secure he had ridden round northern Wiltshire checking the state of the garrisons under his control and returned to Pokesay.

News from southern Wiltshire and Hampshire was not good. Sarisbury and Winchester with its nearby garrison of Bishops Waltham had fallen to Parliament; Basing house is still held for the King.  The main focus of the war in the south seems to have shifted north towards Berkshire.

Sir Warwick Hunt, for Parliament, has returned to Sarisbury to use it as a base to move north - however he currently has few troops at his disposal.

Sir William discusses matters with his brother while walking in the courtyard of Pokesay castle ... 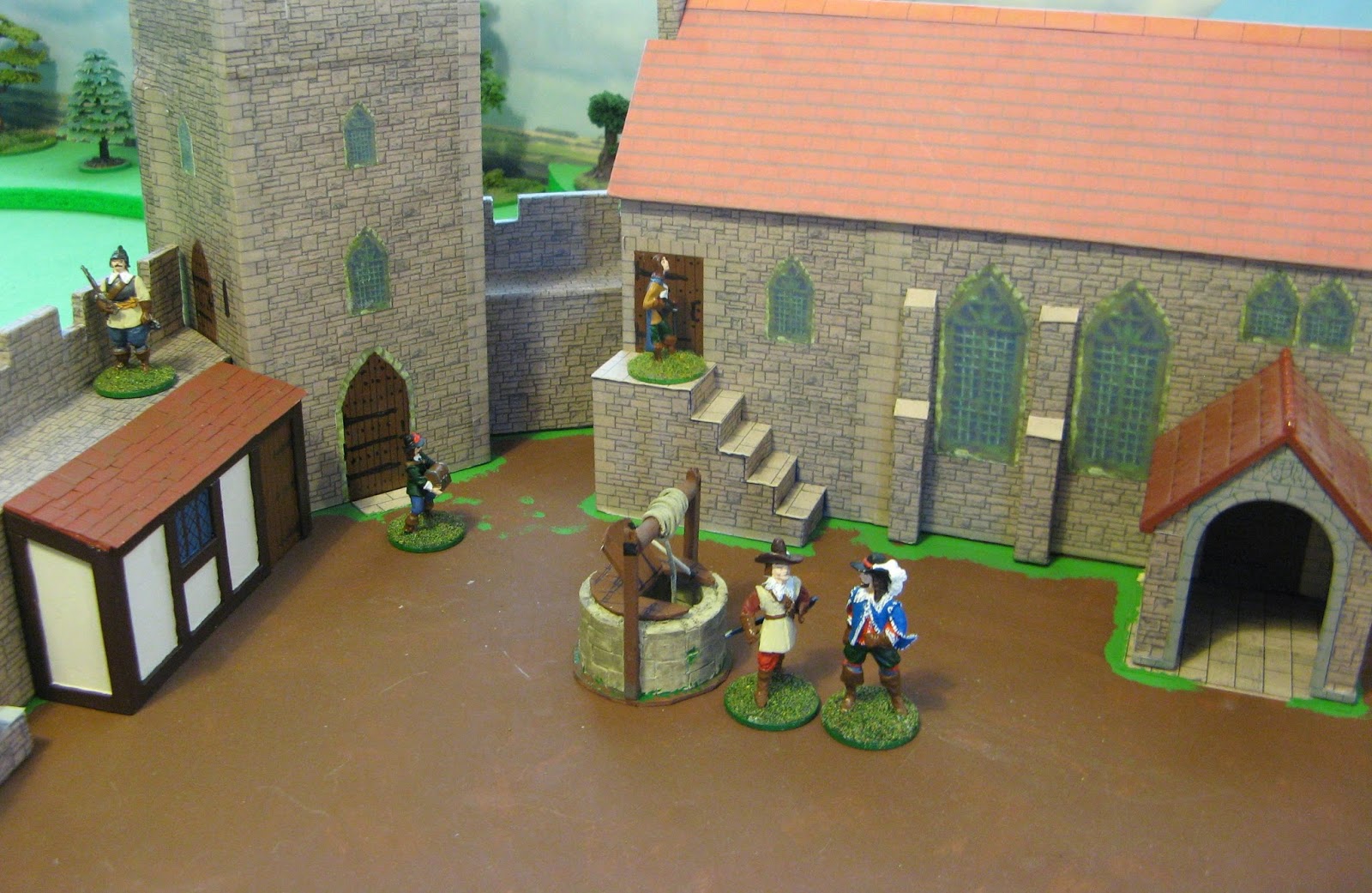