Under command of Sir Warwick Hunt, two companies of the parliamentarian Southampton garrison made for Romsey to beat up the royalist quarters. They pushed back the royalist  pickets at the river bridge who ran into town raising the alarm... 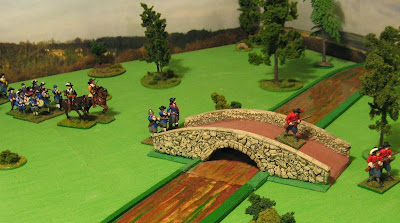 caught un-prepared and thinking themselves out-numbered the bulk of the royalist garrison made a run for it up the Winchester road, however a stand was made in the market square 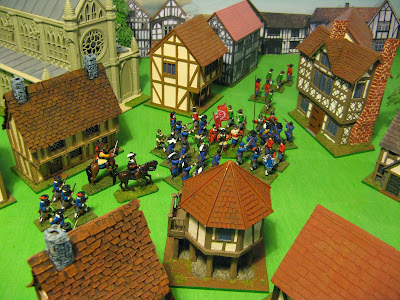 this did not go well and they were either captured or killed. The parliamentarian troops set about destroying any useable supplies before their return to Southampton
---oXo---
Meanwhile Waller was making preparations to move from Farnham against nearby royalist positions.
Posted by tidders2 at 10:29