Wrinkleham - A Clash of Armes 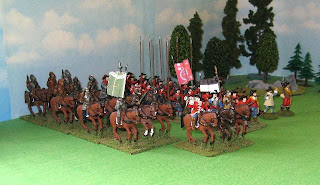 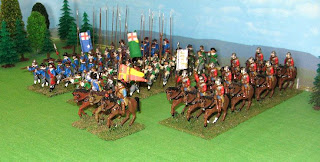 Both sides deployed, the parliamentarians seeing the larger number of royalist foot decided to form up with their left flank on the village with the artillery, foot in the centre, and the cuirassiers on the right. 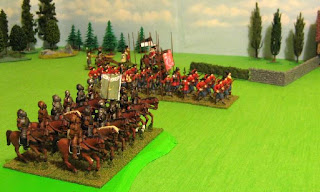 The royalists decided to deploy, advance and attack. 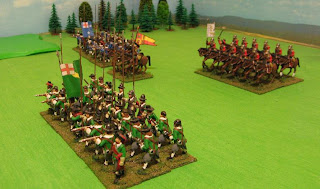 and after a charge, counter charge and reform the cuirassier were holding back the royalist horse .. 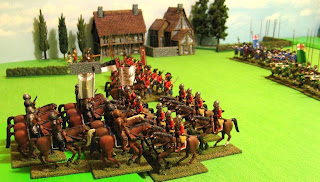 As the royalist foot came up, musket fire from both sides and the parliamentarian artillery started to thin the ranks down.. 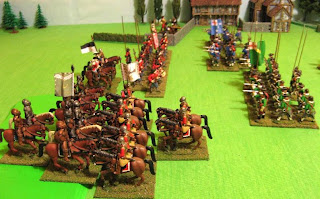 After the cuirassiers forced back the royalist horse, the resolve of the parliamentarian foot crumbled and they took to their heels, the rest of the army following behind. The royalists did not pursue as their cavalry was exhausted. 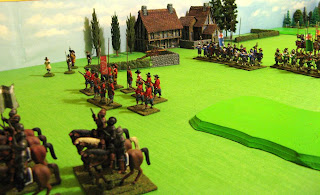 [The rules we used were 'Charge yr Pikes!', downloaded from http://www.angelfire.com/games3/jacksongamer/ecwrules.htm. We had a most enjoyable game, we felt the rules worked very well].
Posted by old-tidders at 11:03