Saxe-Jarlsberg is an ally of Monrovia.  They have raised their army to attempt to take the Hoflandt from Wittenberg ( a small campaign that I am currently in the process of setting up)., they may be assisted by Monrovia troops.

For games I use cards to select which order units move.. a set has been made for Saxe-Jarlsberg.. 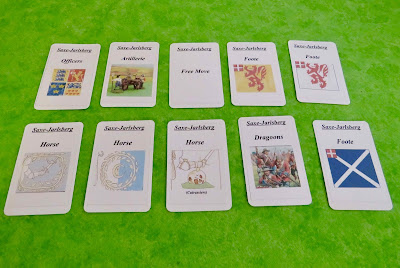 the army commander, with infantry regiment in the background 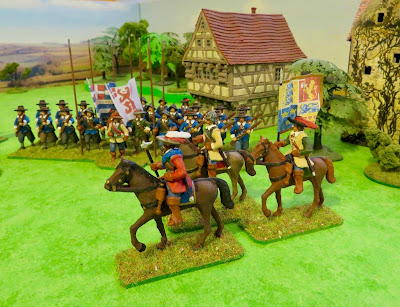 the commander of the infantry .. 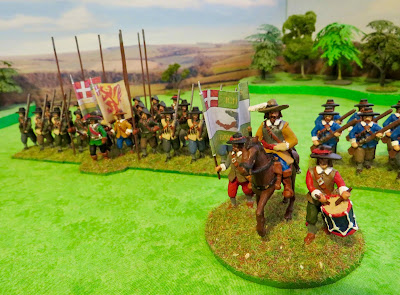 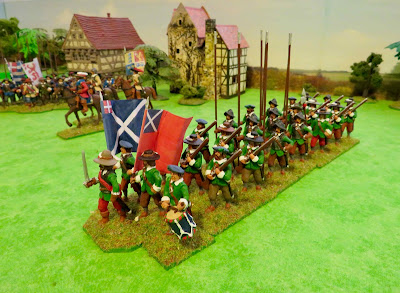 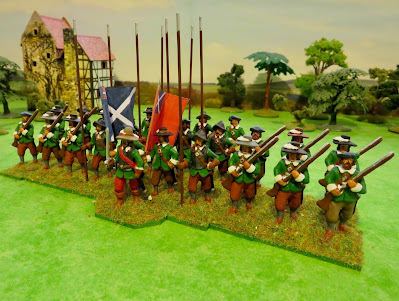 Artillery and the dragoons will be other items from the collection as needed. The Saxe-Jarlsber cavalry will be three units I completed last year.... 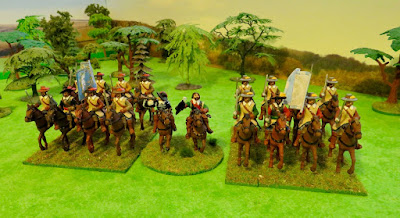 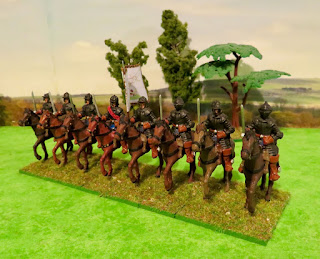