While sorting out the units from the 'save the rearguard' game before putting them away, I laid out the non-polish cavalry I'd used to represent the wing of a large army (oh for more space to have a big table and two whopping big pike & shot armies ...) 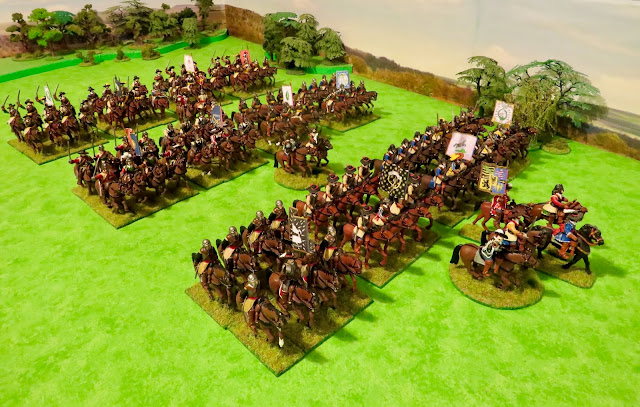 In addition there are two more units of horse, 4 units of dragoons, 2 units of croats and 12 infantry regiments in the collection Currently doing some research on the Swedish army to get a better representation for future games based on historical aspects of the 17C Polish-Swedish wars.
Posted by tidders at 06:12