After some thought have decided to standardize my dragoon regiments, each will comprise
I've had a sort out and set out the figures for the Monrovian dragoons, 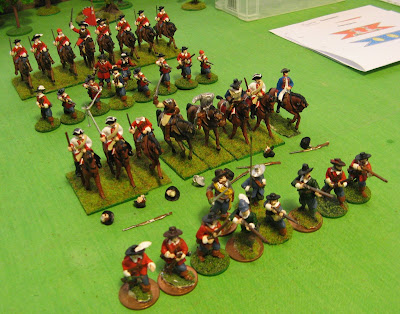 One of the regiments is a bit of a mix-up for its mounted figures - some conversions to do there. Also I've started work on the horseholder vignettes
Posted by tidders at 05:48