I succumbed and bought enough of the newly released Jacdaw French 30 years war french cavalry (sold in packs of two) to make up another regiment of horse to add to the painting queue. So today I've been assembling the figures - the cornet is from Drabant Miniatures. 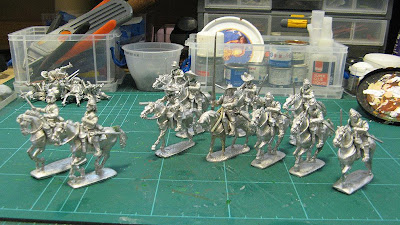 A closeup of the two figs assembled from the Officer pack... 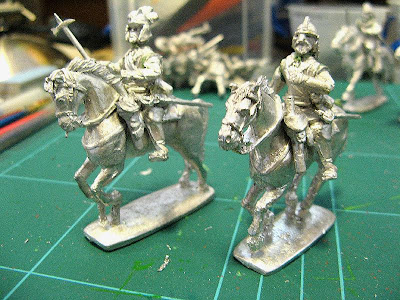 A closeup of some of the troopers, the Drabant can also be seen. 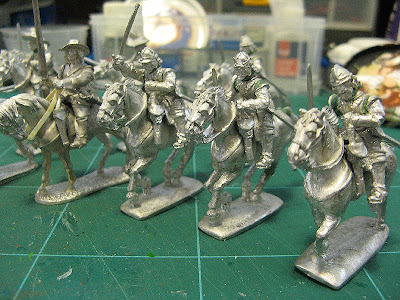 Overall - lovely figures, fiddly to assemble but worth the effort.
Posted by old-tidders at 09:46