Backdrop buildings - a couple of additions

Having trawled the internet and looked through a couple of books, I've only found two images that could be used - mainly most are not useful as they aren't in elevation or don't fit with the look I want. The two images slightly doctored have been stuck onto card. 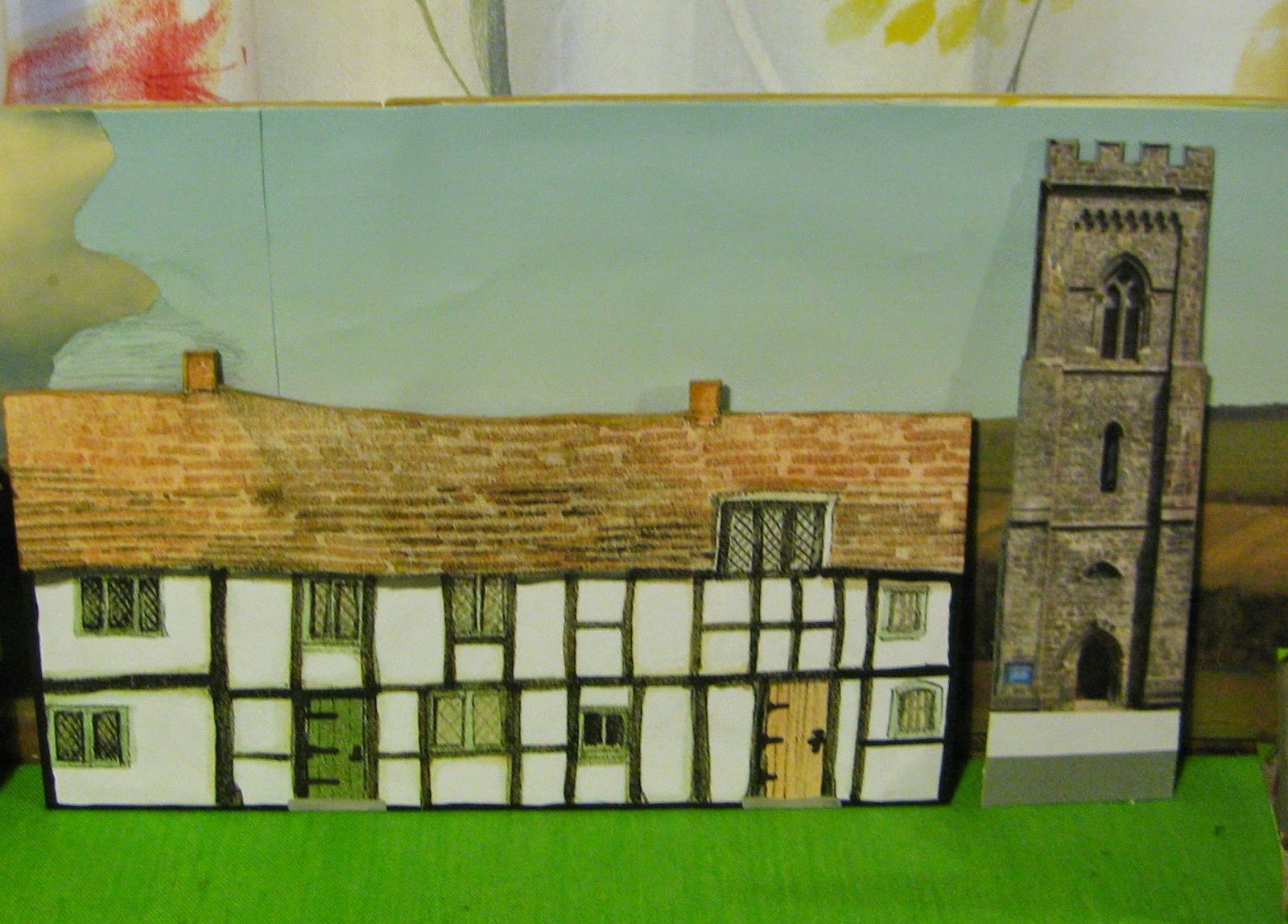 The church tower is designed to be behind other buildings so I only want to see the the top part, and here it is in place 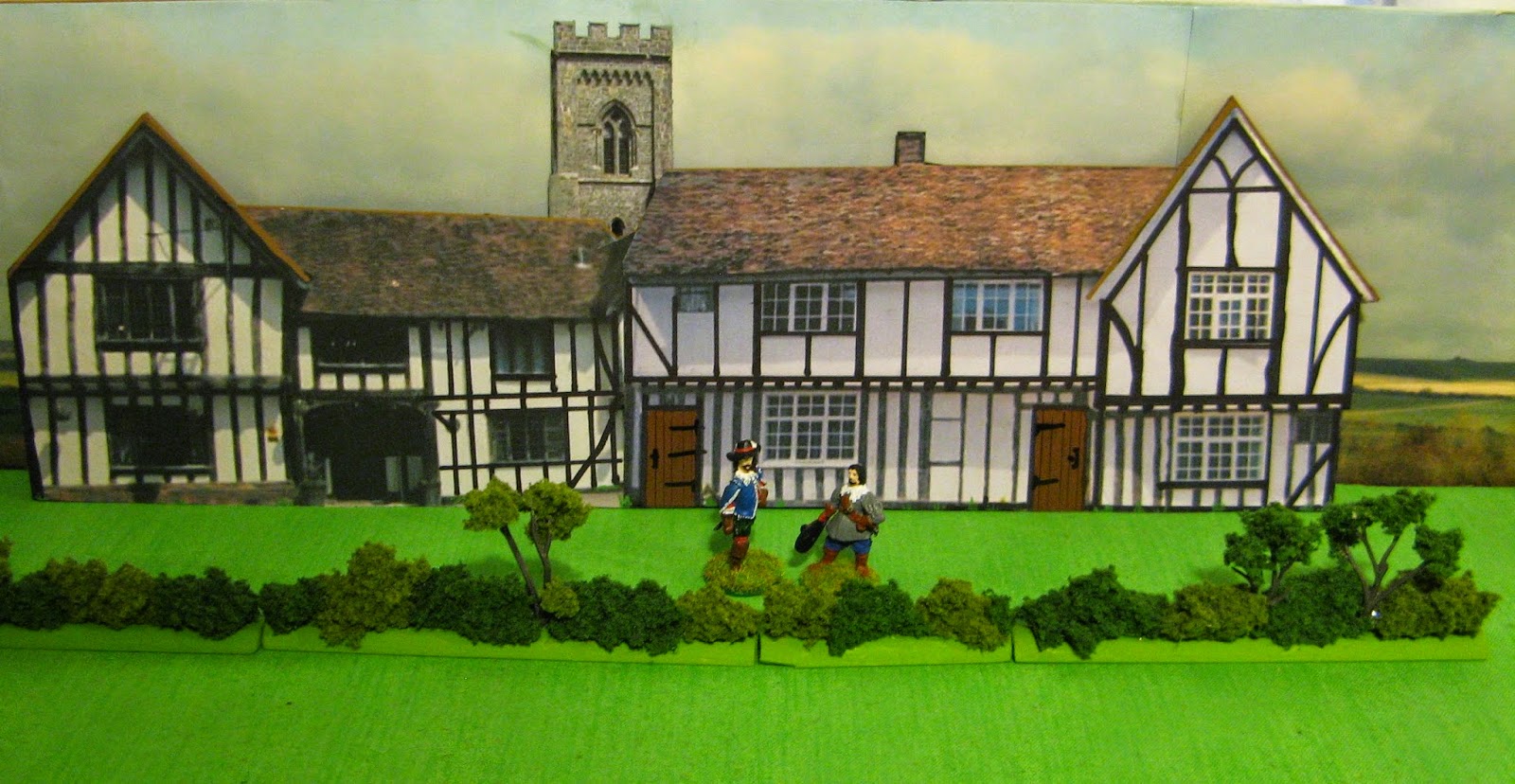 The other new one, maybe the roof could be a bit darker (?) 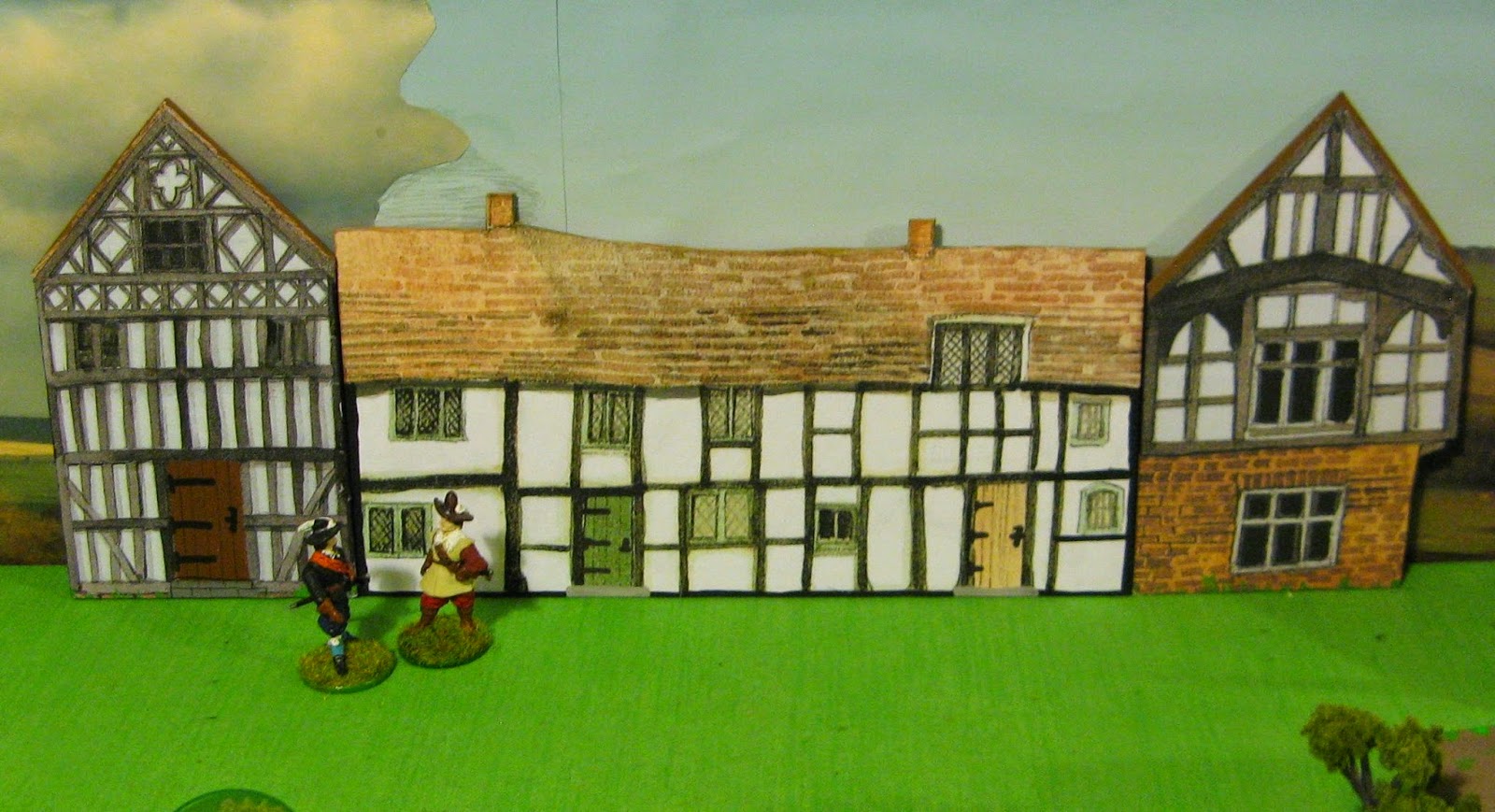 I'll continue to keep a lookout for other useful images.

To get back to the ECW campaign -- in outline the next phase is going to be Royalist siege of a large manor house, with the Parliamentarians coming to the aid of the besieged - so I've got some modelling to do - some simple siegeworks, the manor house and associated buildings (I will try and utilise existing items). I've been reading Paul Darnell's Touching History ECW book for some ideas.