After Sir William presented himself to Lord Hopton at the manor house he was asked to stay to join the discussion about the disposition of troops for winter quarters.... 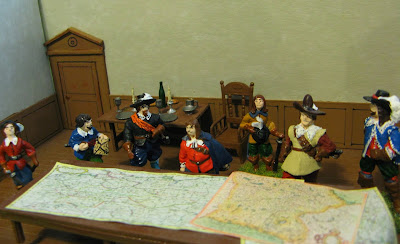 The bulk of the army would be quartered at Winchester, Alton, Alresford and Petersfield, to keep themselves in position to react to any movement by Waller from Farnham.

Chichester had fallen and Arundel town, but Arundel castle was still held by Parliament. Hopton took a force of horse and foot and with local support summoned the castle to surrender..the captain of the garrison agreed to terms and was allowed to march off. 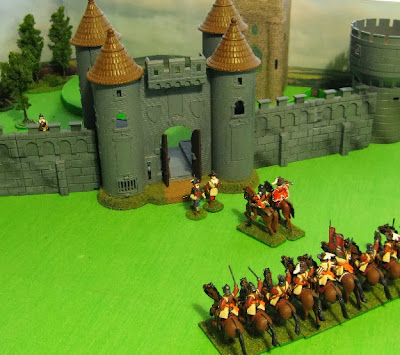 a summary of the situation in terms of places held on December 6th 1643 (P for Parliament and R for Royalist). 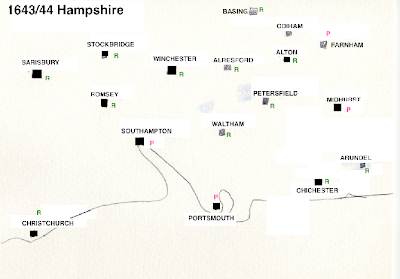 patrols were in place to detect any movement by Waller from Farnham ... will both sides spend a quiet time in winter quarters ?
Posted by tidders2 at 07:01